Not really Charles De Gaulle though is it!?!

13/10/2013
I had always wanted to see the former French leader lying somewhere out to see and what a surprise to be told he was at Porth Nanven... 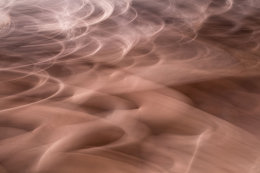 Lots is made of some rocks that look a bit like a very fat Charles de Gaulle at Porth Nanven/ Cot Valley. I have heard and been to see lots of rocky outcrops that it is claimed looks like anything from a dinosaur to an Iguana to this, the former French leader. The Iguana wasn’t bad, this was and yet still the eulogies continue, take this for example from the most helpful http://www.365secretbeaches.co.uk/2012/08/cot-valley-beach.html

“Cot valley is a beautiful valley dissected by a narrow stream running northwest to the coast between Land’s End and Cape Cornwall. At the bottom of the sub-tropical valley you will find Cot Valley Beach (also known as Porth Nanven Cove). The area has become a famous bird watching spot. Its characteristic large smooth boulders have lead some people to nick name the beach ‘Dinosaur Egg Beach’. About one nautical mile offshore lay the Brisons, a twin-peaked islet that is often said resembles Charles De Gaulle lying on his back!”

I am afraid I am going to have to disappoint those hoping to see a picture of the bloke who didn’t free France, it was so crap, I didn’t bother. However, the beach itself is really rather interesting and the Dinosaur Egg comparison a very good one.

It’s a tough beach to photograph and is extremely dangerous when it comes to the potential to either break ones ankle or ones camera. The dinosaur eggs are huge and you have to walk from one to the other and therefore distractions such as some fat looking rocks out to sea are not welcome. Indeed, I think this is the beach which has caused me the most discomfort and near misses on the smashed camera front of the hundreds I have been to.

Fortunately me and the camera survived. 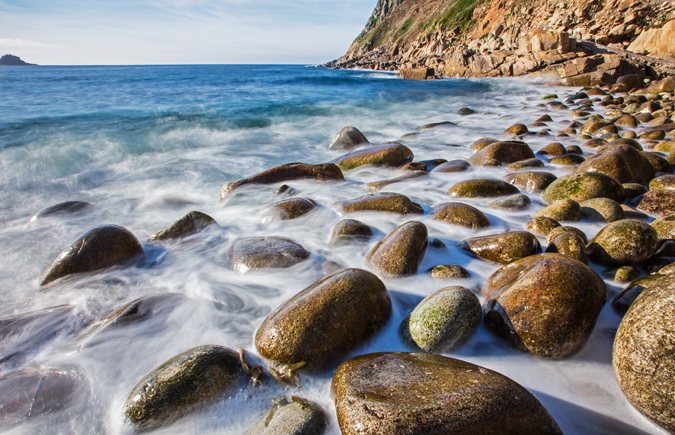 With only limited width to work in and a painfully bright sun, I limited my photos to 20 or so relying mostly on my Grads to get anything of use, plus a bit of zooming whilst shooting got me a couple of nice shots.
Porth Nanven gets rave reviews. I am not sure why but, that said, would certainly recommend you go there to make your own mind up and see the amazing dinosaur bolders. If you go and disagree with me, let me know!

A bit more from Wikipedia...

Porth Nanven (grid reference SW355307) (also known as Cot Valley Beach) is a beach in the far west of Cornwall, United Kingdom. It is located half-a-mile west of the village of St Just.

The beach is at the seaward end of the Cot Valley and is part of the Aire Point To Carrick Du Site of Special Scientific Interest.

Porth Nanven is sometimes referred to as 'Dinosaur Egg Beach' because of a remarkable deposit of ovoid boulders covering the beach and foreshore. These boulders come in all sizes, from hen's egg to a metre or more in length, and have proved so tempting as souvenirs that they are now legally protected by the National Trust which owns the beach.

Many visitors assume that these weirdly shaped boulders are the work of the sea, which they are, but the sea of 120,000 years ago. Sea levels have changed several time since then and are now much lower than they were back then, causing the ancient beach to be suspended in the cliff high above the present level. Stand on the beach and look back towards the cliff, and you will see a wall of the rounded rocks waiting to break away and join those on the beach today.
Next
Previous