Derwent Water and the Honister Pass

I have been neglecting my website. For those that know me, you will know why. For those that don’t, let’s just say that life has a way of putting obstacles in your way that you neither want nor would ever wish on your enemy. However, to have the earth and everything that is in it, we must meet with triumph and disaster and treat them just the same.

I am playing catch up and therefore turn back to a trip to the Lake District in April 2014. The trip was supposed to be an opportunity to get away from my wife’s work but let’s just say only one of us managed to get away from her work. So, camera in tow, I set out to both take a walk down memory lane and capture that picture of the jetty that sold in its droves at Ikea, as well as get some dawn pictures of Derwent Water.

Using Google Earth I tried to find out where the jetty’s were, but it turned out to be a complete disaster, as whilst it gave you a fairly accurate view of what was there, it didn’t show you what was there on that day. Hence, when I went to the first location, I ended up with a jetty and a lot of boats – no use.

In the end, I stumbled across the jetty I used in the end by luck ie driving around Derwent Water with one eye on the road and one eye on the lake. This reaped dividends as I hope you will agree. 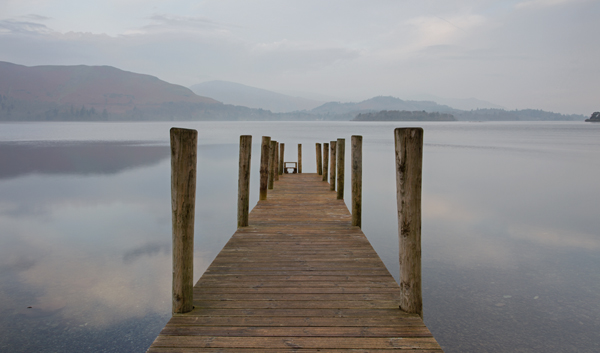 Having got the shot I wanted, I wandered around the area and after a short while, stumbled across an area towards the end of the lake as the sun had risen. It turned out to be another beautiful spot, with a crescent of stones I couldn’t have placed better even if I had tried. The occasional duck popped in to say hello and in the end a solitary duck provided a great focus for the scene.

After a few practice shots, I ended up with a shot I was very pleased with given the stones, the duck, the beautiful background and the fabulous colours. 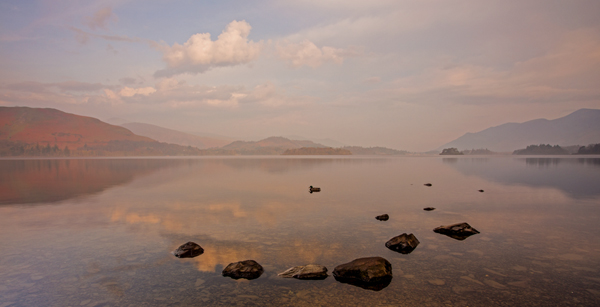 From Derwent Water the road home took me over the Honister Pass, one of the most spectacular roads England has to offer. Views to die for and landscape that no god could ever have dreamed of designing.

It happened to be lambing season and with farms dotted around everywhere, I stopped in Seatoller and saw the wonderment of birth and life twice in about an hour. I love sheep, sadly I love eating them too, but they are such cool animals that I wanted to capture a few photos of them before leaving for home. I was pleased with the photos I got, but fancied doing a bit of colour pointing to add a bit of colour. It’s not everyone’s cup of tea, but I really like it.

Ill be back soon, promise.
Next
Previous